Gold prices rebounded after sliding through support levels which is now short-term resistance. The dollar whipsawed following a more robust than expected ADP Private payroll report. Powell and Yellen were both on the hill for their second day of testimony.  Yields were mixed, which flattened the curve. The two-year yield continued to rise while the 10-year sold off.

According to ADP, private payrolls increased by 534,000 in November, better than the expected 506,000. The total was a decline from the October growth of 570,000, which was revised lower by 1,000. Big business led job creation by company size. The industry that includes bars, restaurants, hotels and similar businesses saw a gain of 136,000, part of the 424,000 positions added in the services sector.
Technical Analysis
Gold prices rebounded, rising back up to former support now resistance at, an upward sloping trend line that comes in near $1,785, which coincides with the daily 50-SMA. Support is seen near the November lows at $1,758.
Medium-term momentum has turned negative as the MACD (moving average convergence divergence index) generated a crossover sell signal. This scenario occurs as the MACD line (the 12-day moving average minus the 26-day moving average) crosses below the MACD signal line (the 9-day moving average of the MACD line. Short-term momentum has turned positive as the fast stochastic generated a crossover buy signal. Prices are oversold as the fast stochastic is printing a reading of 4, below the oversold trigger level of 20.
expectation today: neutral 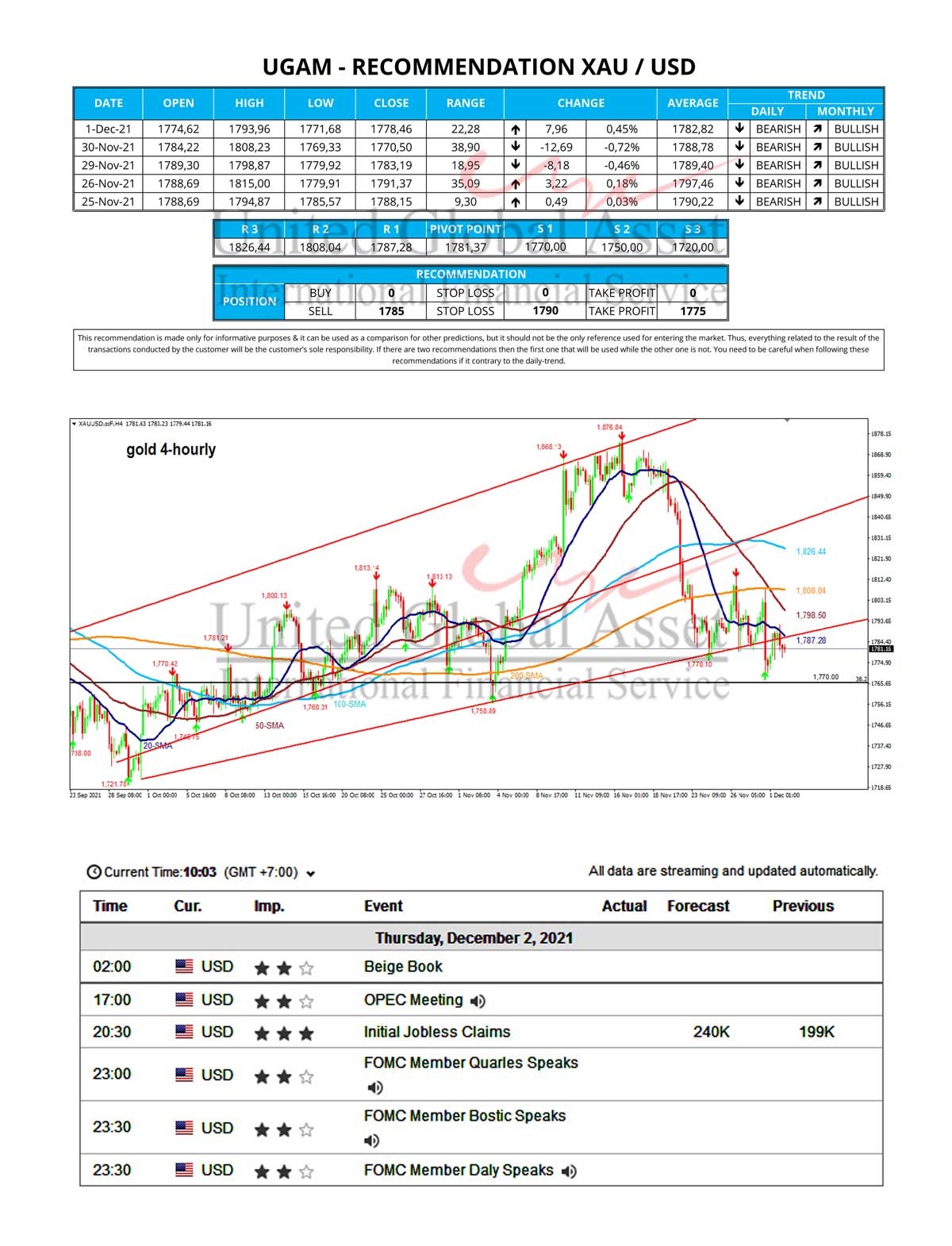